Posts Tagged With: the cosby show

Pop Culture Mystery of the Week – Is it Possible to Still Be a Fan of the Cosby Show?

FOR BOOKSHELF Q. BATTLER’S 3.5 READERS ONLY

POP CULTURE MYSTERY: Is it Possible to Still be a Fan of The Cosby Show?

As 2015 wanes to a close, the latest news reports are that legendary comedian Bill Cosby has been criminally charged with sexual assault.

Your 3.5 readers want to know whether or not it is ok to still be a fan of Mr. Cosby’s show.

What will you tell them?

The Cosby Show.  Growing up, my fellow Generation Xers and I were captivated by this show.

Why? Three reasons off the top of my head:

But now, our happy memories of a TV show that made us happy when we were kids are tarnished, aren’t they, 3.5 readers?

Is it necessary to get into the details of the allegations?  You’ve all heard about it by now. Women with claims about drugs and Cosby doing…well…ok just go ahead and crack a joke already.

“So you see, you’ve got to put the pills in the New Coke and then you take out your pudding pop and…

Pudding pops. Damn it, those were delicious. Do they still make those? Someone find out and tell me. I need me one of those.

No seriously, they were frozen hunks of pudding on a stick.  Pure bliss.

Kodak film, frozen pudding, I’ll tell you New Coke was the only product the Coz steered us wrong on.

Anyway. Yes. This is certainly a sad situation. He brought us all a lot of happiness and now its like our pop cultural dad had this whole other side to him.

But is it possible to still be a fan of the Cosby Show?

Well, let me put it this way.

You liked the show when you were kid. If you think about your favorite episodes and still laugh, there’s nothing wrong with you.

But at the same time, it is understandable that various media outlets, from television to streaming media, are removing The Cosby Show from their offerings.

No one wants to be associated with…well…you know.

Its unfortunate because there were a lot of good lessons for young people on that show but at the same time, its impossible to separate the show from Bill’s “other side.”

So the short answer to this “Pop Culture Mystery” is:

In summation, if you still like the show, it’s ok. If you can’t stomach it now, it’s ok too.

And either way, it’ll be harder and harder to find an outlet to watch the show on.

Thanks for reading, 3.5 readers and if you have a Pop Culture Mystery, be sure to share it in the comments. 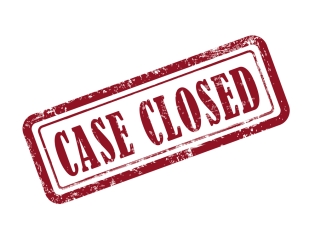