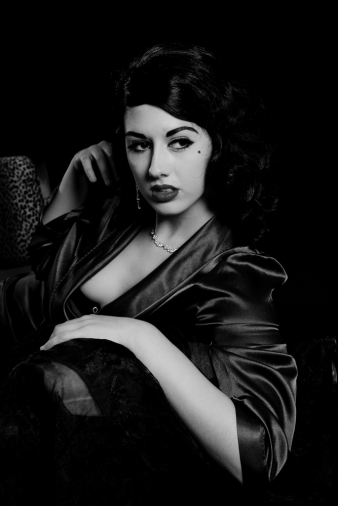 Muffy. The Muffster. The Second Mrs. Dashing. She was a Cajun coquette from the Bayou that Jake met when he was at the top of his game, making moolah hand over fist as a private dick to the stars.  A classy broad on his arm, a finely tailored suit jacket on his back and piles of dough in his pocket and Jake was happier than he’d ever been.

Then it all came crashing down when Muffy shot Jake six times then ran off to Tahiti with Jake’s boorish younger brother, Roscoe.  Well, Roscoe thought he was headed to a sunny beach, anyway.  Instead, he ended up taking a dirt nap, feeding the earthworms with his high grade personal protein.

Was Muffy everything she seemed, or was there more to this femme fatale?  That was a mystery for Jake to solve. All he knew was that she was a crack shot, but missed every organ.

If that’s not love, what is?