Posted on December 8, 2015 by bookshelfbattle 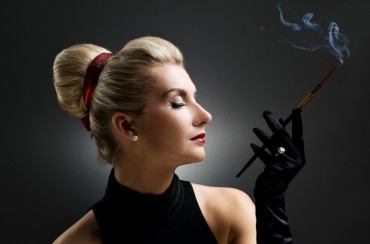 As one of the top power brokers in Hollywood, Attorney Donnelly is the woman the elite call on whenever they’re in a pinch.  From celebrities in need of her remarkable contract negotiation skills to less than savory individuals looking to stay out of the clink, her schedule is full and she has the billable hours to show for it.

Thus, one of the greatest mysteries of all time is why a woman of such an extraordinary high caliber will, without fail, drop whatever she is doing when her pro bono client, Bookshelf Q. Battler, the lowly nerd in charge of Bookshelf Battle, calls on her for assistance.

Her client list includes captains of industry, stars of stage and screen…and a guy with a blog that only attracts the eyes of 3.5 readers.  Doesn’t make much sense, does it?

Ms. Donnelly is fiercely loyal to Mr. Battler and he, in turn, speaks of her with the utmost admiration.  Why Ms. Donnelly and Mr. Battler share such mutual respect for one another is a secret they’ve yet been willing to share publicly.

Detective Jake Dashing has made it clear that if he ever runs into Battler, he’ll strangle our beloved nerd into dishing the information he needs to get back to the 1950’s, thus ending this website’s run way too early.

BQB can’t have that, so Ms. Donnelly serves as an intermediary between Dashing and Battler.  She delivers BQB’s pop culture mystery questions to Jake and forwards Jake’s reports to BQB.

Jake has developed an overwhelming crush on Ms. Donnelly.  He’s spent his life searching for his “unicorn” a woman who not only has both brains and beauty but most importantly, doesn’t use those assets for evil purposes.

Our fedora sporting hero is convinced she’s his special lady.  Moreover, as a 1950’s fella, Jake’s aghast by “dames in trousers” and is attracted to Ms. Donnelly’s classic, fashionable style.

It’s a look she’s known for all over Hollywood.  Whether representing a client in court, out for a night on the town, or simply relaxing, Ms. Donnelly has never been spotted wearing anything unworthy of being sent down a fashion show runway.

As head counsel for Donnelly and Associates, her net worth is estimated to be higher than you 3.5 readers can count, though she often donates generously to charitable causes and has been known to advocate for the less fortunate (even people lower than Bookshelf Q. Battler and that’s pretty low).

Few details of Ms. Donnelly’s past are known and she and Battler certainly aren’t sharing them.

Will she ever succumb to Jake’s advances, or will she continue to treat him like the washed up bum that he is?